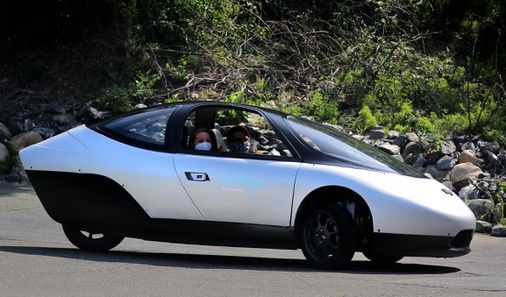 ‘Why should somebody deliver your Chipotle in a 4,000-pound vehicle?’: This electric car is sparking excitement

“We’ve got an opportunity to rethink everything about moving people and goods from A to B,” said Hunter, a professor of mechanical engineering at MIT and a former research fellow at General Motors.

Indigo won’t identify its funding sources, but the company says it has raised $115 million so far. It plans to start rolling out its first vehicle, a three-wheeled delivery van called the Alpha, by late 2022. A year later, it hopes to introduce Bravo, a four-wheeled, four-passenger van designed for ride-hailing services like Lyft or Uber. China’s Jing-Jin Electric will make the motors, while vehicle assembly will