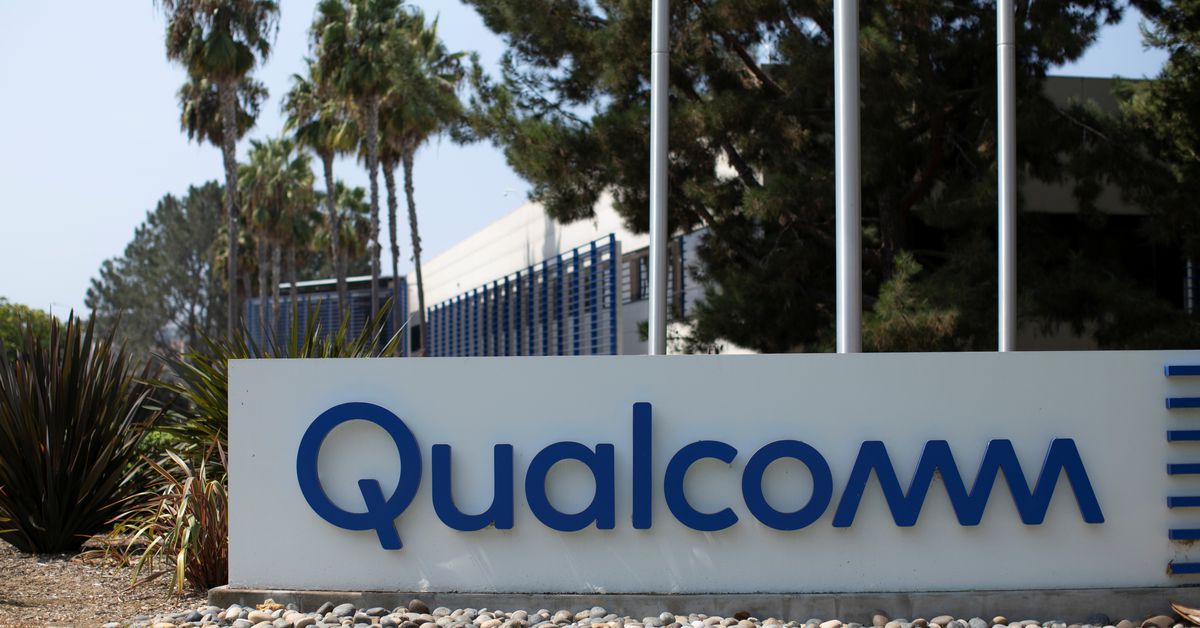 A Qualcomm sign is shown outside one of the company’s many buildings in San Diego, California, U.S., September 17, 2020. REUTERS/Mike Blake

Aug 5 (Reuters) – Chipmaker Qualcomm Inc (QCOM.O) said on Thursday it had offered to buy Swedish auto parts maker Veoneer Inc (VNE.N) for $4.6 billion, an 18.4% premium to a bid in July by Canada’s Magna International Inc (MG.TO) that was accepted by Veoneer’s board.

U.S.-listed shares of Veoneer, spun off in 2018 from air bag and seatbelt maker Autoliv (ALV.N), rose 28% as the stage was set for a bidding war.

Veoneer said its board of directors would “evaluate the proposal from Qualcomm consistent with its legal duties and the terms of the Magna merger agreement.”

Demand has been on the rise for advanced driver assistance systems, known in the industry as ADAS, that add features ranging from collision warning to parking assist. Some systems collect data from cameras and radar to monitor surroundings, interpret the situation and take action.

Qualcomm, apart from powering mobile phones, has been a chip supplier to carmakers for a decade and last year started its own line of ADAS systems called Snapdragon Ride.

Earlier this year it signed a collaboration deal with Veoneer to develop a software and chip platform for driver-assistance systems called Arriver.

“As the automotive industry continues to transform, it is becoming increasingly important for automakers to have a partner who develops horizontal platforms that drive innovation and enable competition,” said Qualcomm CEO Cristiano Amon.

Self-driving vehicles are years away, but assisted-driving features, such as adaptive cruise control, are being fitted in to new cars by most manufacturers.

“If Qualcomm can successfully sway Veoneer shareholders to accept … Qualcomm will instantly see its current automotive business expand from its current focus on infotainment, telematics, and instrument cluster to being able to deliver ADAS solutions and more,” Futurum Research analyst Daniel Newman said in an emailed comment.

Magna has a similar interest to Qualcomm in buying Veoneer as it tries to compete with ADAS makers such as Aptiv (APTV.N), Bosch (ROBSCJ.UL) and Continental (CONG.DE) to capture a larger share of the booming business.

Magna offered to buy rival Veoneer for about $3.8 billion in cash.