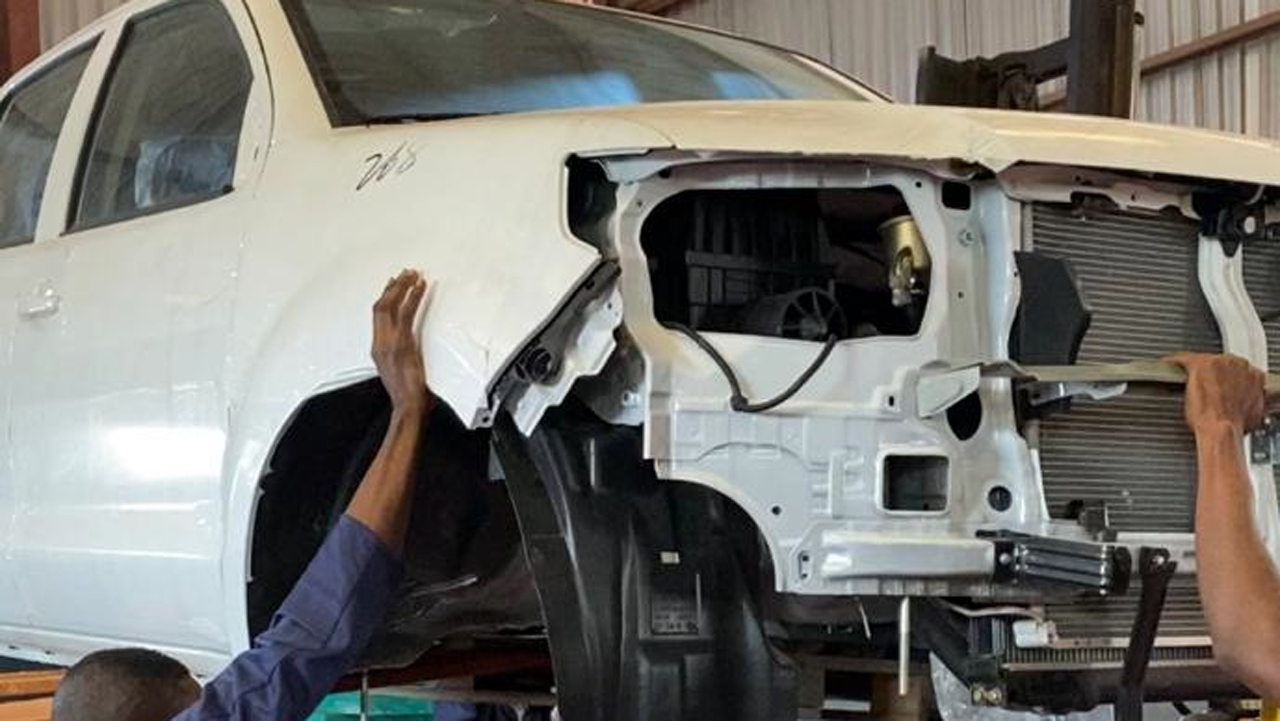 For instance, steel accounts for about 60 per cent of raw materials used in automobiles, while petrochemicals are used for plastics and foam used in vehicle interiors.

Despite being an oil-producing nation, non-existent refining capacity continues to undermine the country’s capacity to provide feedstock for allied industries.

In the alternative, local manufacturers are heavily dependent on imported spare parts, put at 80 per cent of the entire vehicle components and valued at over $10 billion (about N5 trillion) in capital flight yearly.

The Federal Government had introduced the National Automotive Industry Development Plan (NAIDP) in 2013 to revive local assembling and car manufacturing over a period of time. But more than seven years after, the local manufacturing dream remains aspirational.

Globally, the presence of refinery connotes petrochemicals that go into spares, among others. With the exception of the Indorama Eleme Petrochemicals Company (IEPC), local refineries, with total installed capacity of 445, 000 bpd have remained obsolete and currently process zero crude, while recording massive losses.

The Guardian learnt that Warri and Kaduna Refineries have abandoned any plan to put their petrochemical components on stream due to their obsolete state.

Similarly, the steel companies that abound locally, if functioning, would have helped the industry in producing automotive components such as frames, brake disc and drums, flywheel engine, crankshaft and water pump pulley, rocker arm bracket, bus door hand parts, and exhaust valve among others.

Chairman, Automobile and Allied Group of Lagos Chamber of Commerce and Industry (LCCI), Kunle Jaiyesimi, said auto assemblers are struggling to maximise the potential of their investments in the Semi-Knocked Down (SKD) operations, stating that not a single of the local assemblers could boast of living up to the dictates and specifications of NAIDP in terms of Completely Knocked Down (CKD) operation, despite the increased number of local assemblers.

Jaiyesimi, who doubles as the Deputy Managing Director of CFAO Motors Nigeria Limited, said assemblers are also battling with the difficulty of sourcing foreign exchange and the depreciating Naira is bringing about instability in price lists.

He said there is next to nothing in the existence of the auxiliary industry after the demise of Ajaokuta, Aladja steel rolling mills and departure of the tyre manufacturers, Dunlop and Michelin. There is no existence of other parts and components manufacturers like batteries, belts and windscreens.

He revealed that auto assemblers cannot even boast of regular power supply, and rather, rely on generators as alternative means of electricity supply.

However, he said the Federal Government can revive and resuscitate the automobile industry if it is able to urgently review the auto policy and pass it into law to boost investors’ confidence in the automotive space.

“This is overdue after almost eight years of the government’s back and forth on the passage of the NAIDP bill,” he said.

Jaiyesimi added that the government should ease the difficulties experienced by Original Equipment Manufacturers (OEM) in investing in Nigeria’s rough business terrain by removing the bottlenecks the likes of Dunlop, Michelin, Exide Battery, Frisoglass among others experienced businesses folded up in Nigeria.

He said government should also commit the billions it has so far generated on the levy imposed on importation of new fully built vehicles to assist genuine players in the auxiliary and assembling value chain by providing loans at a single-digit interest rate to them for the expansion of their businesses and fast-tracking the growth potentials of the industry.

This levy, according to him, should also be channelled into developing the manpower and technical requirements of component manufacturing to boost local contents; skill acquisition centres and engineering departments in tertiary institutions should benefit from the huge resources.

Chief Executive Officer, West Atlantic Cold-Chain and Commodities Limited, Henrii Nwanguma, said the challenges present opportunities for private sector investment especially if the risk appetite is there and the auto manufacturers or assemblers are incentivized to source locally by government, resource efficiency and quality.

Nwanguma said this is essentially a private arrangement that requires alignment and coordination. Of course, underlying all these is patronage either locally or sub-regional exports.

He advised that regional supply and value chains should be incorporated to ensure the stakeholder base is wider.

Chief Operating Officer, Automedics Limited, Gbola Oba, said the industries meant to provide the components for the automotive sector are not functioning or in comatose.

Oba added that paucity of power supply, difficulty in raising capital for industrial production and educational system are also part of the underlying factors that overemphasizes certification above competence, ditto passing through university above skills-empowering vocational education.

For Dean, School of Transport, Lagos State University, (LASU), Prof. Samuel Odewumi, what is missing is not really the elements for backwards integration, as there are countries without such that are doing well in motor manufacturing.

The problem with the country according to Odewumi, is the absence of long term strategic vision, plan and steadfast implementation of the plan. Policy inconsistencies and somersault is the bane of agenda for the industry.

He said with respect to Ajaokuta and Osogbo Steel rolling, “We have demonstrated our legendary incompetence and lackadaisical attitude or just paying lip service to industrialisation.”